Monkey in the House 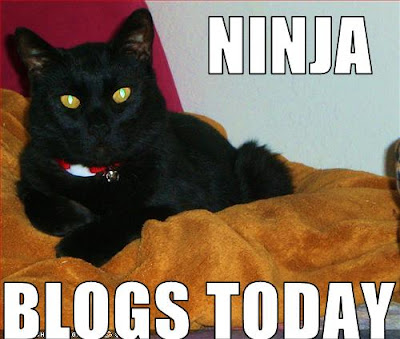 I spent the day reminding Spyder on how to maintain his focus. Our exercise was for him to concentrate upon the mousie without showing intent. But, it seemed he was distracted by being too close to the closet doors. He kept saying he wanted to see what was inside. 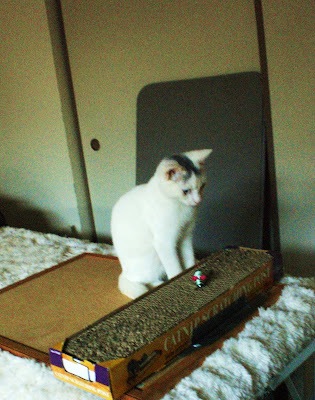 "Focus, Focus, Focus, young Spyder. Just think of the mouse. Do not show him your intent. See your self running up behind him silently." I say.

"Do not get so close that he can detect you, but make your decision to fly and leap to catch him unawares. And do not let him know of your intent."

It seems he cannot pay attention. I keep trying to explain to him that he when he controls his "Catra", he can gain supercat powers. I know that he is young, but he is not too young to learn from a Master such as myself. I can guide him along his path. It is better that I guide him than for him to have no guidance at all. I only had those honorable dogs to teach me, but he has a true Zen Master to teach him. He will learn the Way of Cats. 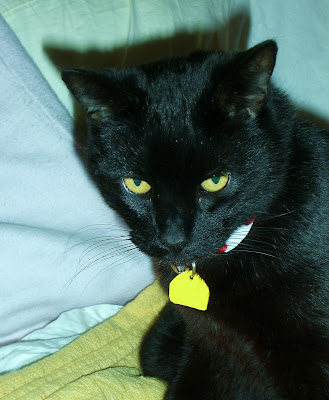 I had just about decided his energy was wasted. He needed to go play or take a nap, or whatever it is he does when he is not under my tutelage. So, I told him lessons were done for the day and off he went. I settled myself down and proceeded to perform my ablutions, when out of the corner of my eye, but what do I see? It is Spyder running like an ambitious Samurai around the corner and up onto the bed.

And he did! Well almost.

But, I will give him credit. He made a spectacular move. We had earlier been practicing the Monkey pose and discussing the various powers of Goku. So, obviously some of the Ninja energies that I passed on to him are beginning to stick.

Any kitten who can fly has potential. 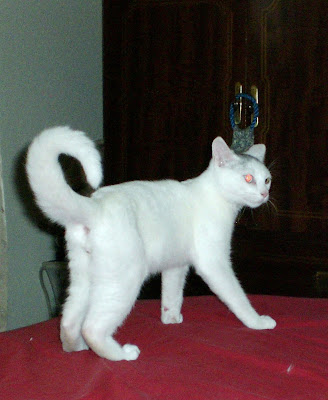 from the bed to the top of the closet, a distance of about 9 feet. He certainly did land his front paws upon the shelf. so that counts as a "land" in Ninja training terms. But the back paws didn't quite make it. He made a wonderful "save" though, using his back claws to steady himself while he whirled his tail to give him that catastic lift only the strong can develop. He was able to confidently claw his way completely onto the shelf without falling off.

I bestow upon young Spyder, his second and most auspicious name of, "Monkey".

Has a ring to it. Don't you think?
Posted by Elizabeth Munroz at 4:38 AM

Tank U! I impress wiff meseff too!