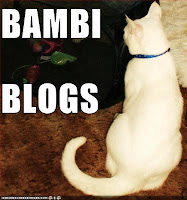 I owe Ninja an apology. I have made disparaging remarks regarding his ninja training.

I thought he was too proud, too overweight, too old and too cowardly. I mean, after all, he gave that impression, always asserting he had spent his life studying with masters, that he had black collars in every martial art there is, and he clearly wears a red collar.

We just thought he made it all up that he could climb walls silently and fly across the tops of bamboo trees. I don't even know what a bamboo tree is. But, he swears he can smell one probably planted directly across the street. And truly he was overweight, though has been more in shape lately. He has always acquiesced to my position as his Queen and acts frightened and runs away if I so much as look at him imperiously, which I am very good at, by the way. 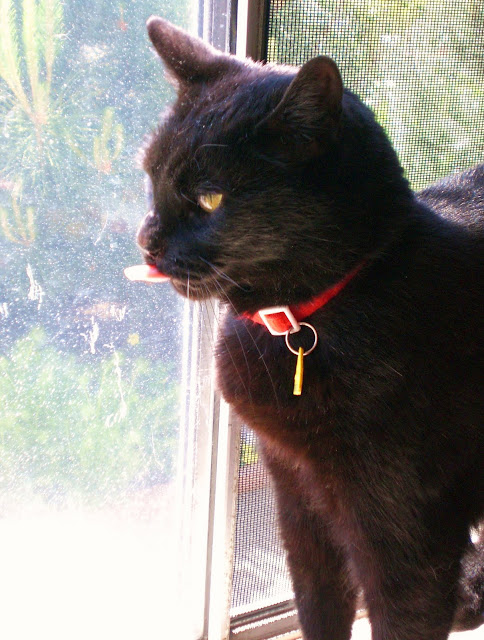 But, this evening he proved himself in every way. We were all in our room enjoying the sunset, looking out our large plate glass sliding door that leads out to the patio. It is a good thing that Miss E had closed it earlier as it was getting chilly. Usually we have it open with just the screen closed so that the fresh air can be enjoyed.

After the sun went down and we were drowsing with the dusk, I perked up my ears as Ninja sounded a warning whisker. A stranger was approaching! 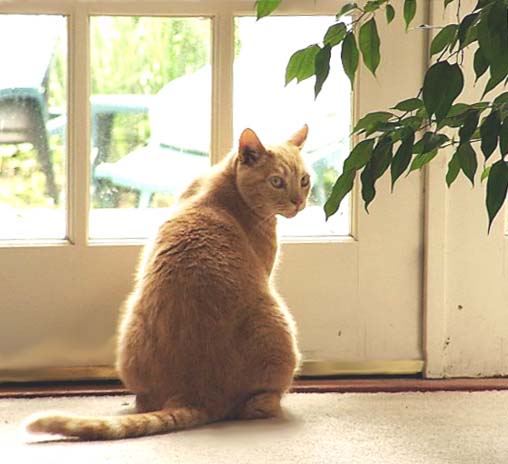 A large ginger cat came up to the window brazen as you please. We were all quite alarmed! I was up on top of the cat tower so I could not quickly make a charge.

So, Ninja leaped to the rescue, he was at the door immediately and would have gone through the screen! He so fiercely attacked that he banged his nose against the window. This did not make our intruder go away, but it certainly had him worried, as he kept looking away like he wanted to.


By this time Spyder was there beside Ninja, waiting for some guidance on how to help. Oh yes, our boy is growing so brave, and Ninja has taught him well the ways of a Man Cat. Ninja gave a fierce growl politely suggesting (as is his way) that the stranger vacate the premises immediately. 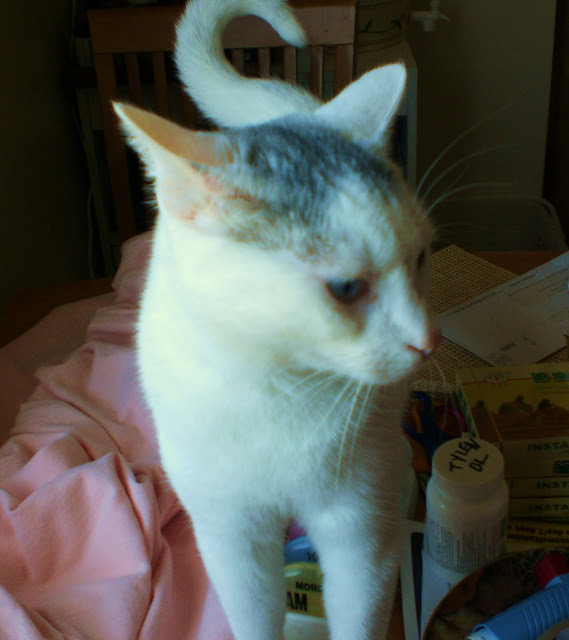 Our little Spyder had his hackles up so high he looked like a porcupine, but he joined in with Ninja demanding the stranger leave. Between them both, the stranger carefully turned, step by step making his way back out into the night, but not before he muttered a whining growl. "I'll be back!" he said. "You've not heard the last from me!"
Posted by Elizabeth Munroz at 3:48 AM

She will see a fat lazy panda ninja!

WOW! How brave! We'd love Ninja to teach us martial arts! That large ginger cat needs to beware of trespassing ~ ot he'll get what for!