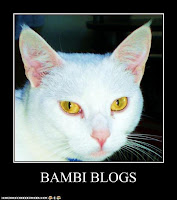 Yesterday Miss E took my loyal guardian, and companion, Ninja, to the veterinarian for his immunization. When they returned Ninja turned his back on us refusing to exit the carrier. That is so unlike him. Usually, he is quite speedy exiting cages. Spyder and I went and sniffed him. He certainly had a myriad assortment of odors on him. Once Miss E pulled him out, Ninja immediately went into seclusion. He would not look at us. We were quite concerned about his unusual behavior. Spyder repeatedly questioned Ninja, asking what was wrong. Ninja was in no mood to tolerate the annoyances of our young mankitty and scared him off with a hiss. Ninja knows better than to hiss at his Queen, so I remained with him. 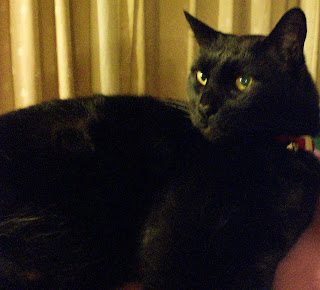 Eventually, he said, he had terrible shame had lost "face". I could not comprehend the meaning of his statements until he explained. He had shame as he has done something unacceptable and offensive. He cannot hold his head up with pride anymore, and that's why it is called loosing face  He says it is a very serious condition in ninja codes. If he were an outside cat, he would have to go up in the mountains to live as a hermit never showing his face again. Poor Ninja, to believe thus!

I told him in no uncertain terms, as his Queen and Royal Highess, he owed his allegiance to me, first and foremost. Not to the foolish ancient ninja codes.

Even though they are very honorable, he needed to accept that his duty to me is greater than his old ways. I reminded him he has not lost face with me, nor Spyder. He looked so relieved and told me the reason why he felt so much shame. I could barely contain myself! So, I sent him off to get some comfort petting from Miss E. 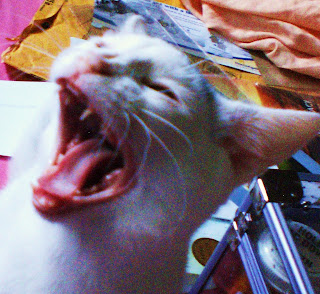 Spyder came to me, properly bowed his head, kissed my nose and begged me to tell him what was wrong. I couldn't help but giggle slightly. "The fact is, my dear boycat, the vet told Miss E, Ninja was very overweight!

We had a very hard time controlling ourselves so Spyder and I jumped on the bed rolling around laughing.

Posted by Elizabeth Munroz at 12:01 AM

Oh dear! A fat cat! Looks like a diet may be called for.