Since da weather has been nice, MomCat has been letting Queen Bambi go out in da garden with her. Bambi is a Wild One! But, me and Buffy would rather stay inside where it's safe. Today, we watched Bambi through da window. She wuz rolling in da dirt! Phew! You wouldn't believe how she smells when she comes back inside! Ya'd neber know her wuz a Queen! 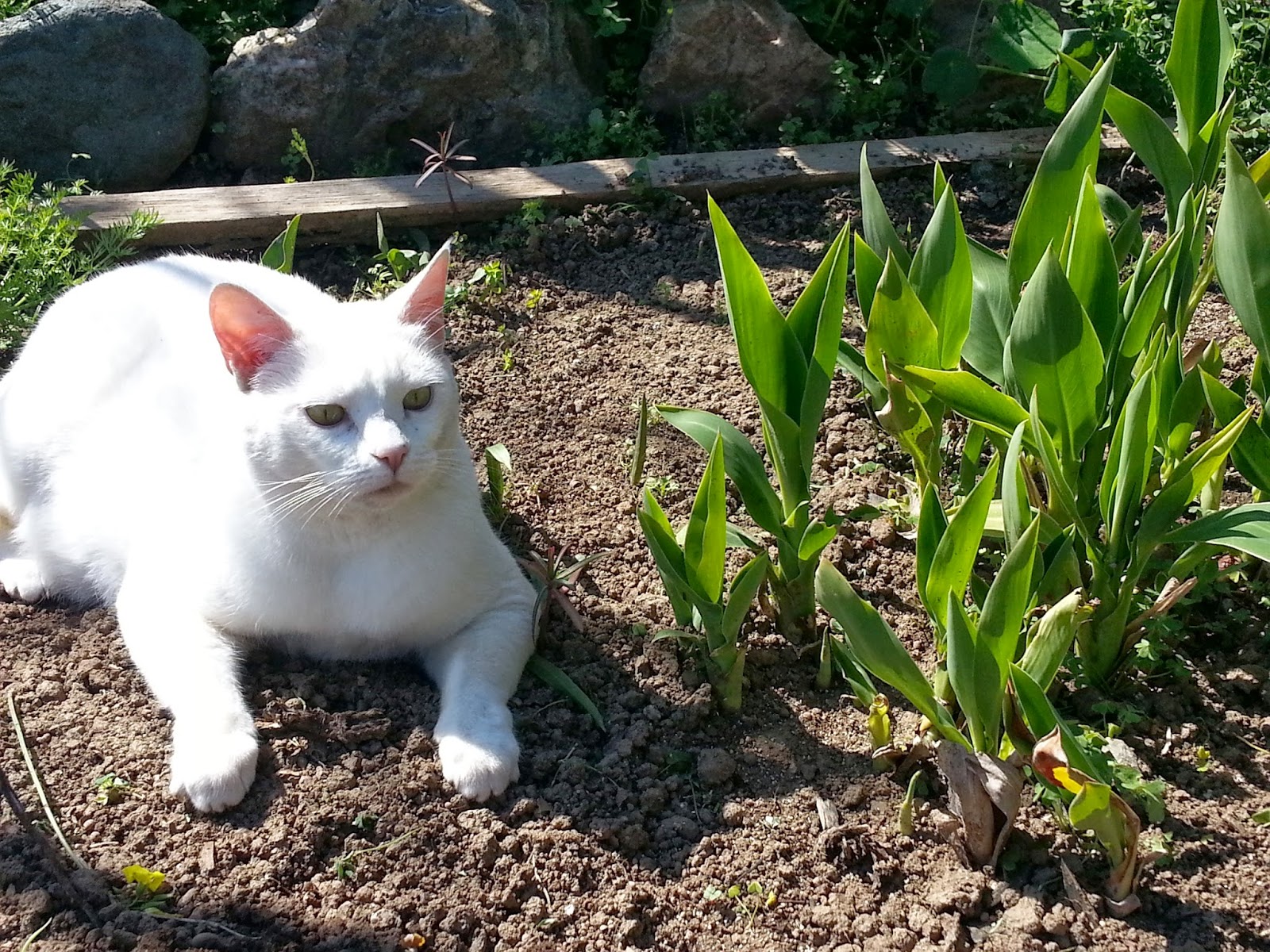 She tells us dat Shadow is outside buried deep in da dirt and she always goes over to his rock pile to say hello to him. But, Buffy and I know dat even though Shadow's body is buried, he is not dere because he left for da Rainbow Bridge. And who knows? Maybe he is already back into his new life as a kitten again. We sure hope he will be a healthier one this time.

It was two years ago when we first realized CatMom had brought home Shadow and his brother, Pinky. We had our nose at da door of the room day was in. We could smell der sweet kitten smell, and were so curious. We wanted ta get in der and check them out. But, CatMom was very protective of dem. She dint want us to scare dem.

Dis is Shadow and Pinky when dey first came ta live with us. They were about six weeks old at da time. Ain't dey da cutest widdle kitts ya eber did see? 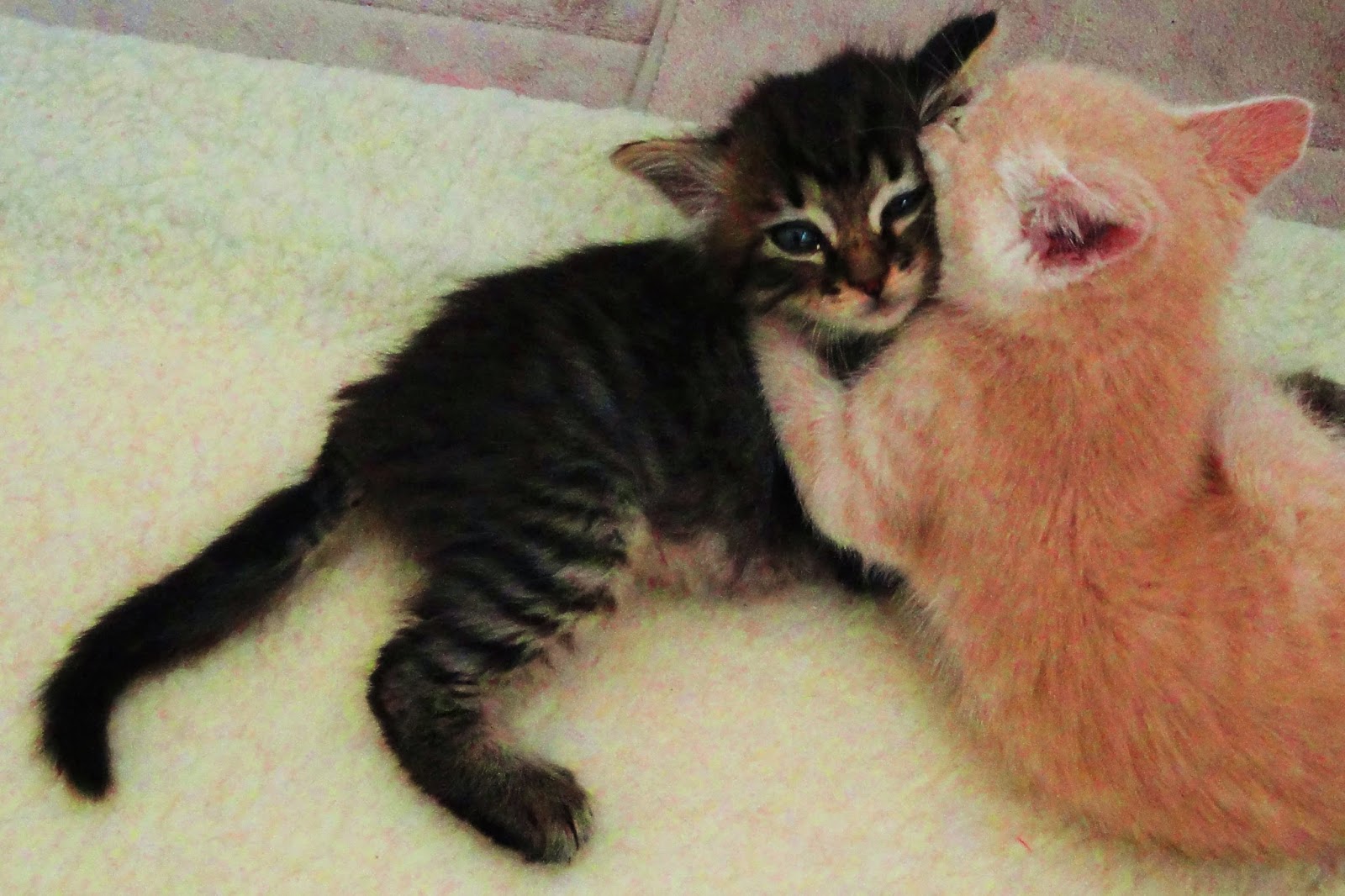 We sure do miss those widdle guys!

Posted by Elizabeth Munroz at 1:01 AM