I've decided I'm getting a "catio" built for my cats. Essentially it is a chicken coop for cats. Okay, let's be nice... a safety enclosure.

My boyfriend, Kats, also known as "the Monk" was going to build it but he had to have surgery on his cervical spine. He had brought over a metal pergola frame and set it up. But that was all he could do before going in the hospital. 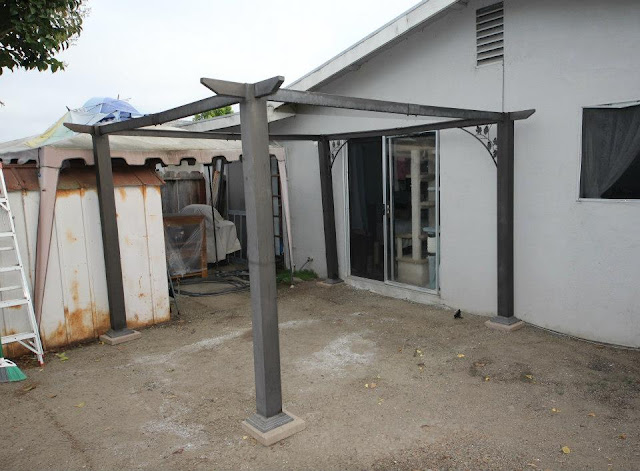 With all the distress and anguish I went though while Timmy was missing, I just don't want to ever go through something like that again.

Getting this Catio built is expensive. But vet bills for cats who have been missing and need treatment is expensive, too. I've got to put my money to keeping my cats safe. It will also be an investment in my sanity. Timmy is not my only furbaby. I've already gotten some financial help from three people who wanted to help me. Thank you, dear ones!

I put the rest on my credit card. But. paying it off will be challenging but worth every sacrifice. I found a local contractor who builds "Cat Condos", and he will be doing the work. This is an example of something he built. 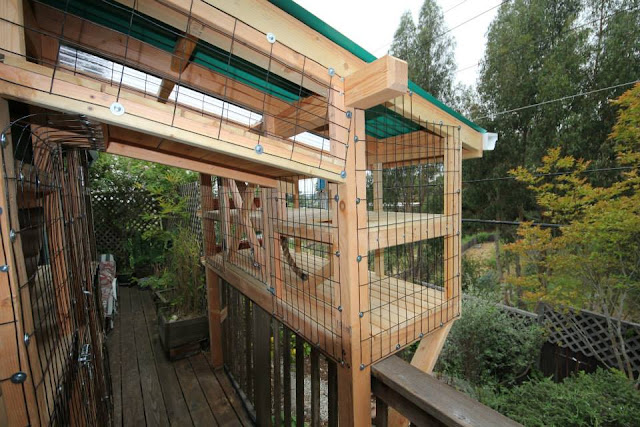 His name is John Pianavilla. His company is called Purr 'D' Cat Condos, located in Santa Cruz, California.
Posted by Elizabeth Munroz at 12:29 AM